The idea of the route and a race popped up in 2015. As many other bikepacking races it was inspired by Tour Divide. And you can obviously read the origin in the name of the race. And since we got no continental divide at our backyards we used "unite" as a token of union, that we're trying to form around our route and race.

Each year we developed a new segment of the route, scouted it, tested it. And then we organized grand depart on that newly developed segment to get riders feedback and make corrections to the route if needed. Slowly but steadily we build the whole route. And it was only possible with help of those people, who showed enthusiasm and love for ultradistance bikepacking in Russia, and who donated their time and energy in our project.

First grand depart in July on 1000 km "Petrozavodsk — Konakovo" segment. Six people showed up at start, but only three of them made it to the finish line. 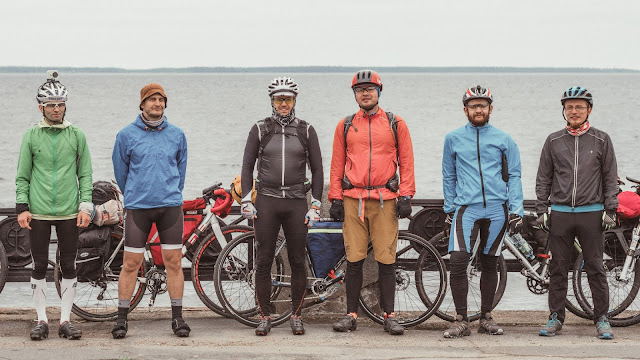 This year 17 people rode the segment, but only 9 of them finished.

This year total of 36 people rode Tour Unite, 11 of them rode "Petrozavodsk — Konakovo" segment and 25 rode "Konakovo — Voronezh" (16 people during GD and 9 while riding ITT).

We added yet another segment: 1300 km "Voronezh — Rostov-on-Don". Grand depart on the segment was northbound, 7 riders participated. 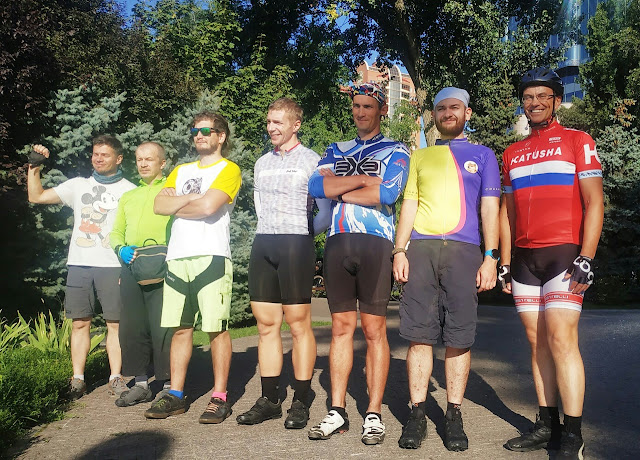 This year total of 10 people rode new segment, and only 3 of them finished.

Nikolai Gurov won GD and set the course record for the segment: 11d 16h 33m. He described his adventures in the interview here.

Yuri Krupenin finished GD with second place but didn't stop there, and moved forward on the second segment and also finished it, resulting 2600 km in one ride.

The loss of motivation was the most common case of rider scratching. New segment amplified this problem with thorns, sands and heat. The second common case of scratching was rear derailleur damage.

In January 2020 we got an idea to reroute old "Petrozavodsk — Konakovo" segment and move it to the Karelian Isthmus, to cover more interesting and beautiful landscape. With help of Saint Petersburg cycling community and many others we were able to scout new 700 km of the track and announce redesigned 1300 km segment as "Sortovala — Konakovo".
This year grand depart was massive: 29 riders. Most of them finished the segment. 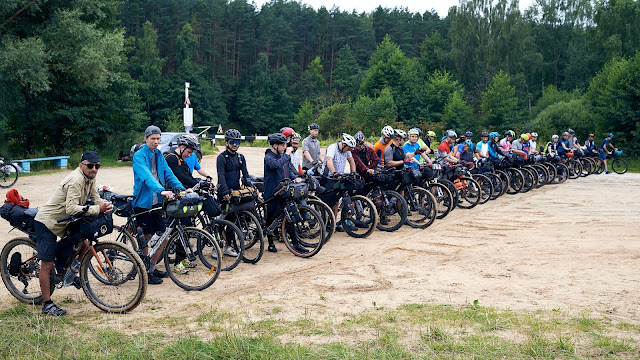 Tour Unite 2020 grand depart riders and fans
Alexander Ovchinnikov won GD and set the course record for the segment: 3d 14h 15m. You can read his interview here.
In 2020 total of 65 people rode different Tour Unite segments, and 47 of them finished (72%). Most popular segment was "Sortovala — Konakovo" with 51 riders during the year.

This year a lot of work and scouting were put together, every segment got some changes and updates, three more segments were announced: 1200 km "Rostov-on-Don — Balaclava", 1000 km "cape Nemetsky — Kandalaksha", 1300 km "Kandalaksha — Sortovala".
In June Alexander Stolyarov finished his two southern segments ITT in 16 days. Which is impressive result considering unusual harsh weather conditions and lots of hike-a-bikes in deep mud and clay.
Unlike previous years "Voronezh — Rostov-on-Don" segment was very popular this year despite of 45 °C temperatures during summer.
Grand depart was southbound on a 1200 km "Rostov-on-Don — Balaclava" segment. Gang of 27 very different riders gathered in September at start line, 20 of them finished.
Alexander Ovchinnikov won GD again and set the course record for the segment: 4d 15h 21m. Tour Unite 2021 grand depart riders (clickable)
Main event of the year was successful 3 segment ITT by Damir Sharafiev. He finished 3900 km track from  Konakovo to Balaclava in 27 days and became first rider who ever finished the half Tour Unite distance. You can read his field reports in our article here. 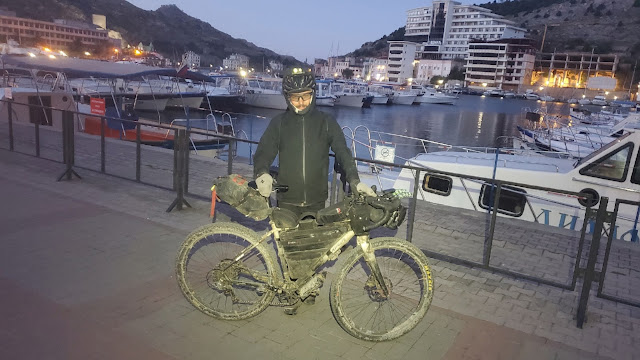 Tired and worn Damir at finish line at Balaclava
Wave of Tour Unite riders overcame our counting capabilities, so we're unable to provide statistics from now on. But it's more riders than previous year for sure. Also there are lots of unregistered riders who use Tour Unite track as baseline for their bike tour, with some variations and detours on the road.

Grand Depart 2022 will be held in the end of July. Route will consist of two northern segments, from cape Nemetsky to Sortavala: 2300 km with 20 000 m climb. 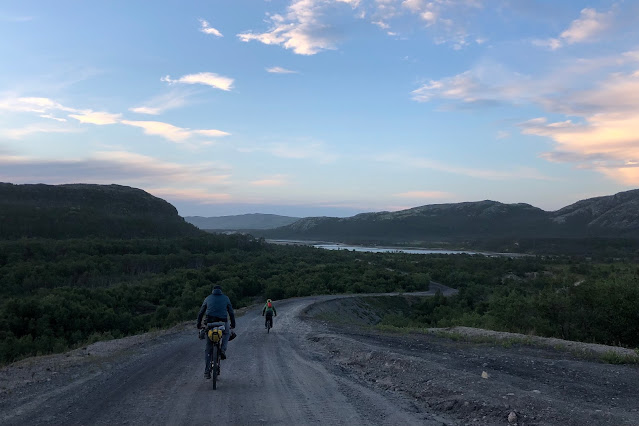 ITT participation opened all year round for any segment or segment chains described in Regulations.

In 2023 Grand Depart will be organized on southern half of Tour Unite: 3850 km from Konakovo to Balaclava. In 2024 Grand Depart will use northern half of Tour Unite: 3500 km from cape Nemetsky to Konakovo. From 2025 and further GD tracks will be swapped each year, providing rotation of the route and participation opportunity for different riders. One segment ITTs will remain open for riders in order to maintain constant feedback and track update.
As it can be seen, GD distance gradually increase every year 1200 → 2200 → 3850 km, yet it is still can be squeezed in 2-3 week period with proper level of training and experience.
All Tour Unite results can be found in the table.